WE’VE ONLY JUST BEGUN : A Celebration of THE CARPENTERS | DUBLIN | MARCH 2022 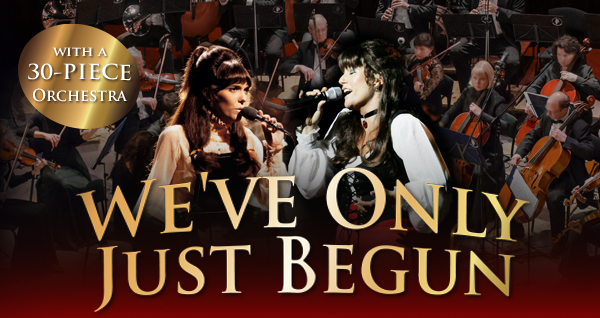 We’ve Only Just Begun : Celebration of The Carpenters, with a 30-piece Orchestra

From start to finish Toni Lee made you believe she was Karen Carpenter. An absolutely fantastic show.” Ticketmaster Review .

We’ve Only Just Begun : A Celebration of The Carpenters