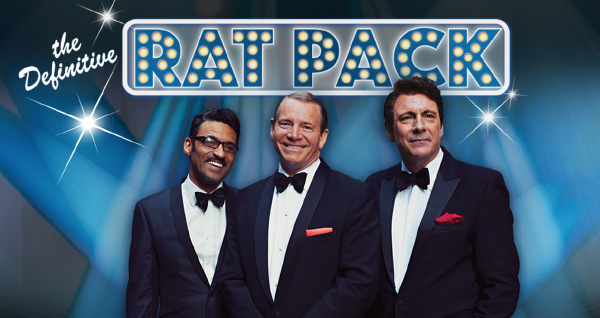 The Rat Pack epitomised cool in the 1960’s. Their impromptu sell out shows caused a stir and attracted the rich and famous, it was a must have ticket to see these guys joke around and sing some of the finest songs ever written.

The Definitive Rat Pack – best known as the original cast members of The Rat Pack – Live from Las Vegas – are undoubtedly some of the world’s finest interpreters of Frank Sinatra, Dean Martin and Sammy Davis Jr. available. Other acts and shows have followed in their wake, often riding off their success, but simply lack the one necessary ingredient to make it special; which is the ‘tour de force’ that are Stephen Triffitt, Mark Adams and George Daniel Long. To call them a tribute act or impersonators would truly undervalue the years of experience and dedication they have put into their portrayals. These guys are ‘The Definitive Rat Pack’ as for more than 10 years they have faithfully re-created that era.