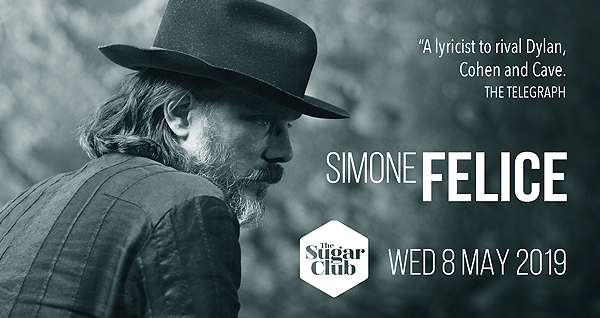 Simone Felice is a founding member of internationally acclaimed Catskill Mountain based artists The Felice Brothers, whose seminal albums remain some of the most influential works of this century’s folk-rock revival. Simone has been hailed as one of the great songwriter-poets of his generation, bringing these gifts and history to his work as a prolific record producer.

“Each song somehow sounds like a classic, each live performance suggesting we are in the presence of a rare, fiery brilliance.”  — THE GUARDIAN

“Felice gravitates between often fearless songwriting and meandering melodies that wouldn’t be out of place on Astral Weeks. Yep – it’s that good.”  — The Irish Times

“Simone Felice‘s gripping, devastating new album ‘The Projector’ is, and this is apparent even after one listen, an immediate classic.” — musicOMH