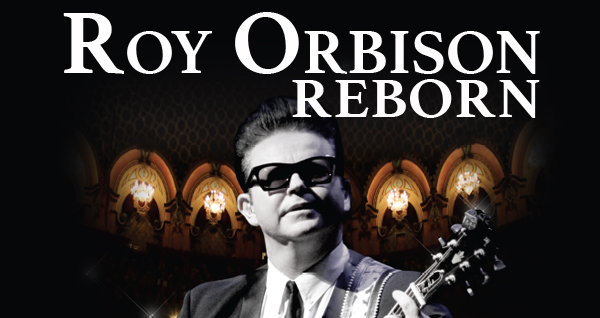 By arrangement with Ben Maiorana Entertainment

Come and relive the sound, the voice and all the magical hits of music legend Roy Orbison in an international tribute production starring the world’s No 1 Roy Orbison Tribute Star Dean Bourne.

2019 sees Dean Bourne and his musicians return to Ireland to perform the ultimate tribute to “The Big O” showcasing all his massive hits together with a special celebration of the hugely popular The Traveling Wilburys.

Dean Bourne is the world’s greatest exponent of the great hits and music of Roy Orbison today. Audiences around the country are left speechless by Dean’s performances with comments such as – Brilliant, Amazing Voice, Astounding, Magnificent and more!

Internationally renowned Dean Bourne has been described as having “The Spirit Of Roy Orbison”, as he performs all of Roy Orbison’s iconic hits ….. Pretty Woman, Crying, Dream Baby, Leah, Penny Arcade, Danny Boy, Only The Lonely, In Dreams, Candy Man, You Got It, Running Scared and many many more.

A special highlight in the show will see Dean Bourne showcase and celebrate the magical hits of The Traveling Wilburys with massive hits such as – Not Alone Anymore, Handle With Care, End Of The Line, Last Night and more!

“Dean is in a class of his own, the likes of which are rarely seen”  – Larry Muhoberac (Elvis Presley’s piano player, world renowned composer)

“It was like Roy Orbison was here in person” – Elizabeth Pickering – Burswood Casino Perth, Australia

“Roy Orbison Reborn is a must see show for anyone who wants to relive the sound, the voice and all of the magical hits of ‘Roy Orbison in an exciting two hour concert experience that is much like the legend himself – unforgettable”.