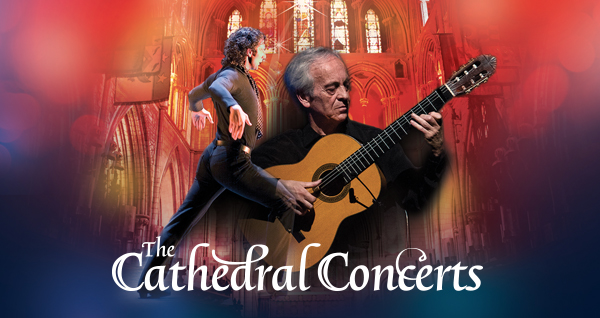 Paco Pena embodies both authenticity and innovation in flamenco. As guitarist, composer, dramatist, producer and artistic mentor, he has transformed perceptions of this archetypal Spanish art form. Born in the Andalucían city of Cordoba, Paco Pena began learning guitar from his brother at the age of six and made his first professional appearance at the age of 12. In the late 1960s he left Spain for London, where his recitals of flamenco music captured the public imagination.

Since 1970, Paco Pena has performed regularly with his own hand-picked company of dancers, guitarist and singers in a succession of ground breaking shows. Venues for his performances have included the intimate Ronnie Scott’s Jazz Club and the monumental Royal Albert Hall in London. In 1997, Paco Pena was proud to be named Official de la Cruz de la Orden del Merito Civil and in May 2012, he was thrilled to be awarded the Gold medal in the Arts by the John.F. Kennedy Center for the Performing Arts in Washington. These honours were both bestowed by King Juan Carlos of Spain.

Paco Pena returns to Ireland in January 2020, performing at Ireland’s most iconic venue, St Patrick’s Cathedral in Paco and Friends – The World’s most Celebrated Flamenco Guitarist. Audiences can expect an evening that will leave them entertained and inspired.

Age Restriction: This Event has the following age restriction: 16+ only.
Special Assistance: If you require special assistance or wheelchair access please email our Box Office team with your enquiry: siobhan@pateganmgmt.ie