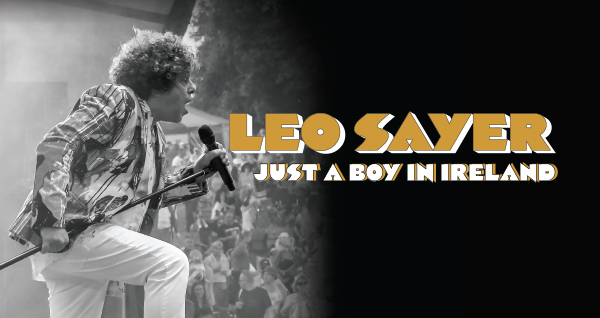 Covid-19 Government Directive has been issued to cancel all public events until Sunday 29th March of a capacity of 100 people and over.
Following the Irish Government’s directive to cancel all public events of over 100 capacity (indoor) and 500 capacity (outdoor) due to take place between now, 12th March, and 29th March, Pat Egan has now unfortunately had to cancel all shows during these dates. Original tickets purchased for all affected events will be refunded at point of purchase or will be honoured if show is rescheduled.

A huge thanks to all of our customers. Stay safe.

After the sold out success of his 2015 visit to Ireland, the Grammy award winning, international chart-topping, music legend Leo Sayer is returning to Ireland.

Leo is currently celebrating his recent release, The Gold Collection which became his 15th appearance on the UK Top 40 album chart.

Known the world over for his army of hits which include Thunder In My Heart, Moonlighting, One Man Band, I Can’t Stop Loving You and the transatlantic number ones, When I Need You and You Make Me Feel Like Dancing. Leo and his musicians are very excited to be coming back to Ireland and are looking forward to giving audiences a high energy concert with all of Leo’s much loved greatest hits.

With 16 hit albums and 26 hit singles to his credit, Leo Sayer is one of the most successful acts the UK has ever produced and remains hugely popular worldwide.

To all Belfast ticket-holders,
In light of the recent global health crisis, and taking into consideration the health and well-being of Leo Sayer as well as all patrons and fans, it is with great regret that we have decided to postpone the Leo Sayer Belfast show scheduled for this Sunday 15th March. A re-scheduled date will be announced in due course.