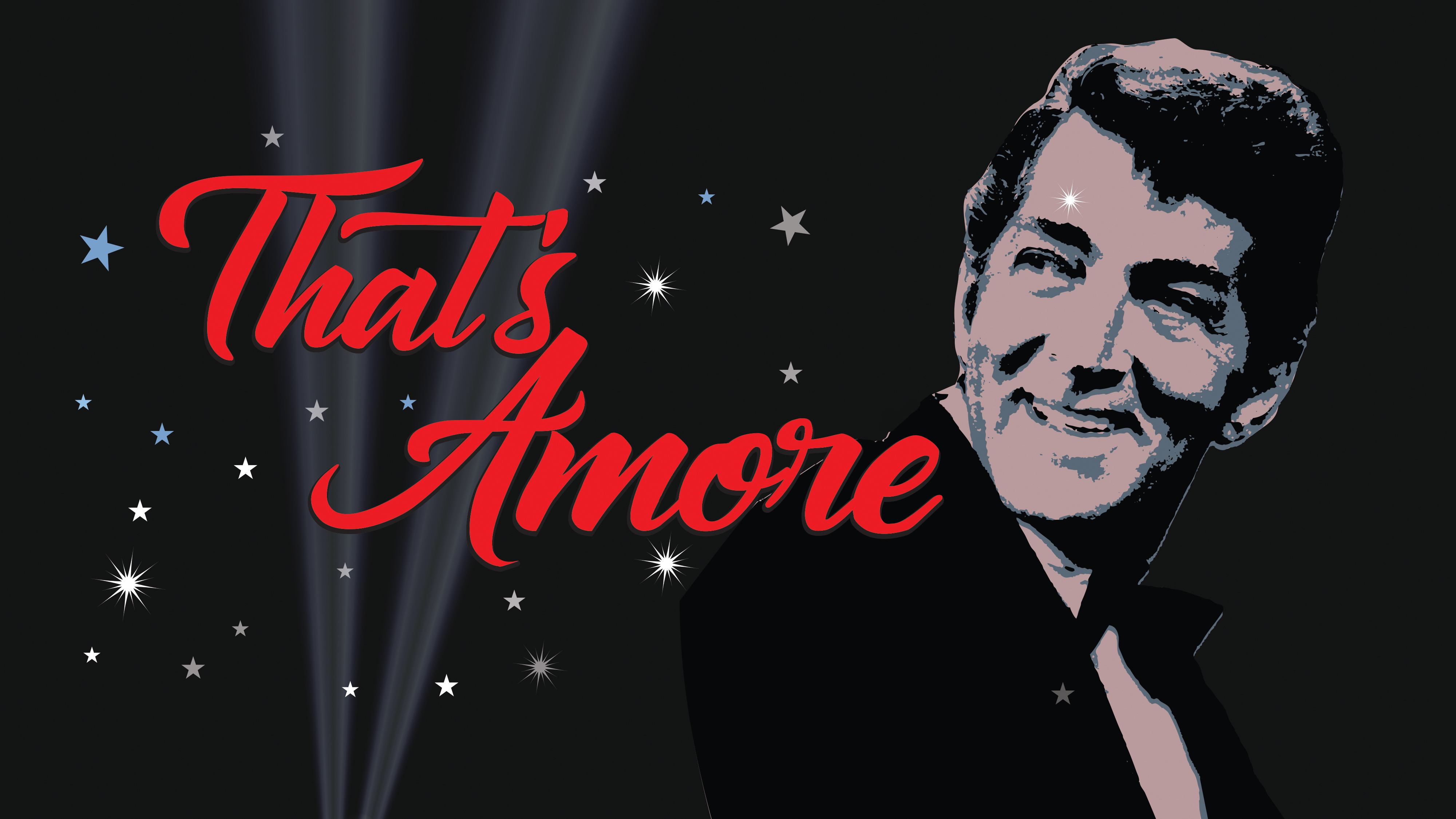 This sparkling new stage production sees Mark Adams perfectly capture the style, the looks, the charm, the voice and the magnetic appeal of the legend that was Dean Martin.

Featuring Eugene McCarthy and The Sugarcubes,  That’s Amore delivers all his greatest hits, including Kiss, That’s Amore, Sway, Little Ol’ Wine Drinker Me, Volaré, Mambo Italiano, Everybody Loves Somebody, Under the Bridges of Paris, Memories Are Made of This, Return to Me, Let Me Go Lover, How Do you Speak to an Angel, Naughty Lady of Shady Lane, Cha Cha Cha d’Amour, Gentle on my Mind, South of the Borderand many more.

Mark Adams has played many leading roles in the West End, including three years starring to critical acclaim as Dean Martin in The Rat Pack – Live From Las Vegas.