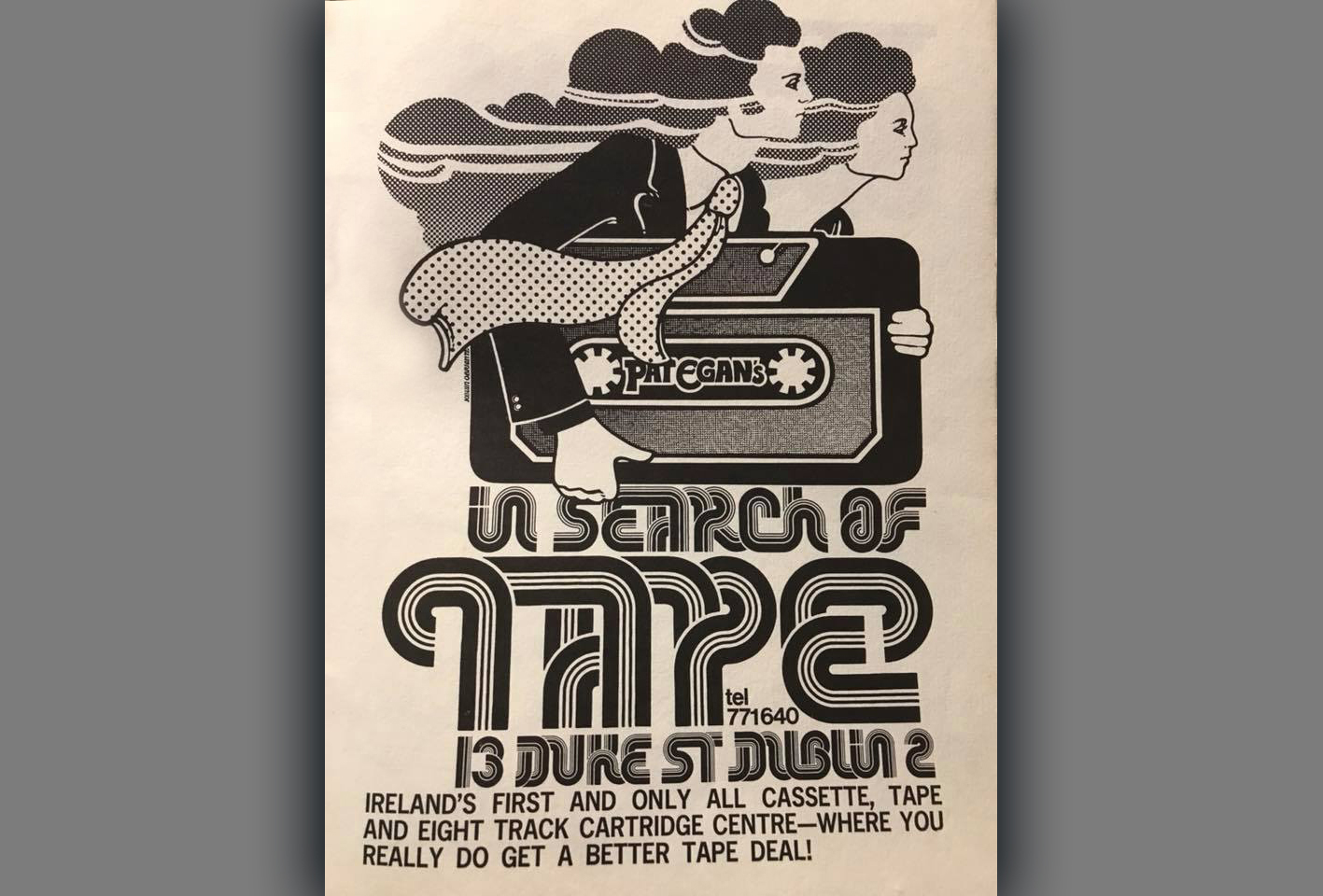 Bring It Back! The Comeback of Cassette Tapes…

“In search of TAPE” advert for Pat Egan’s Duke Street from a 1973 Gaiety Theatre programme for Jesus Christ Superstar.
“It’s no joke … Cassettes have fast-forwarded in popularity and re-emerged as the underdog music format of choice for experiential listeners” according to Julian Ring.
“While streaming is “saving” the music industry and vinyl is in. according to Nielsen Music, listeners racked up 400 billion streams in 2017. Meanwhile, vinyl LPs have made up a larger share of the market each year since 2005. However the cassette tape is currently music’s fastest-growing physical medium. Yes, you read correctly: Cassette sales in the U.S. have more than quadrupled since 2011, with 174,000 tapes sold in the last year alone!”

Brothers in Arms : The Don Baker & Rob Strong Band at the Olympia Theatre