Pat Egan has been promoting concert events since the 1970s. He was the first to bring in major Live Rock Acts to Ireland, including Queen, Bob Marley and Eric Clapton. He maintained  a chain of record stores in Dublin and Cork. A director of the Olympia Theatre, today he produces and promotes mainly theatre shows, including the Olympia Panto and concert events at the National Concert Hall, the Gaiety and Cork Opera House. He is also the manager of a variety of acts and TV personalities through ‘In-Person International’.

Pat is Founder and MD of Irish Poster Advertising, the official gig Poster company. He created TV3’s National Event Guide which gives Promoters and Theatres the opportunity to feature their events on TV at low rates. He has been Agent and Manager for major acts over the years including The Celtic Tenors, Sinead Lohan, Phil Coulter, Sandy Kelly and The Dubliners.

Pat lives with his wife Helena in Dublin, has 4 children Deborah and Graham who live in Toronto, David who is now promoting in Brazil and Layla, his youngest daughter, still at College. Fiona and Farrah, his grand children, live in Toronto. 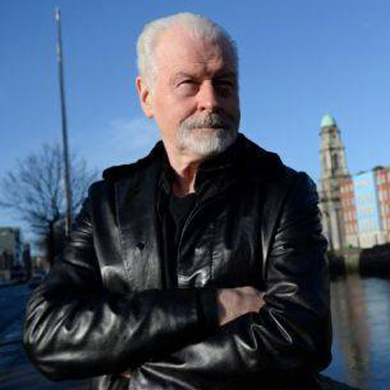